First, let's review the rules around operating your drone at night without a Daylight Operations Waiver.

The Part 107 regulations prohibit operations of an sUAS at night, which is defined as the time between the end of evening civil twilight and the beginning of morning civil twilight, as published in The Air Almanac, converted to local time.

In the continental United States, evening civil twilight is the period of sunset until 30 minutes after sunset and morning civil twilight is the period of 30 minutes prior to sunrise until sunrise. In Alaska, the definition of civil twilight differs and is described in the Air Almanac. The Air Almanac provides tables that are used to determine sunrise and sunset at various latitudes. These tables can be downloaded from the Naval Observatory at http://aa.usno.navy.mil/publications/docs/aira.php. 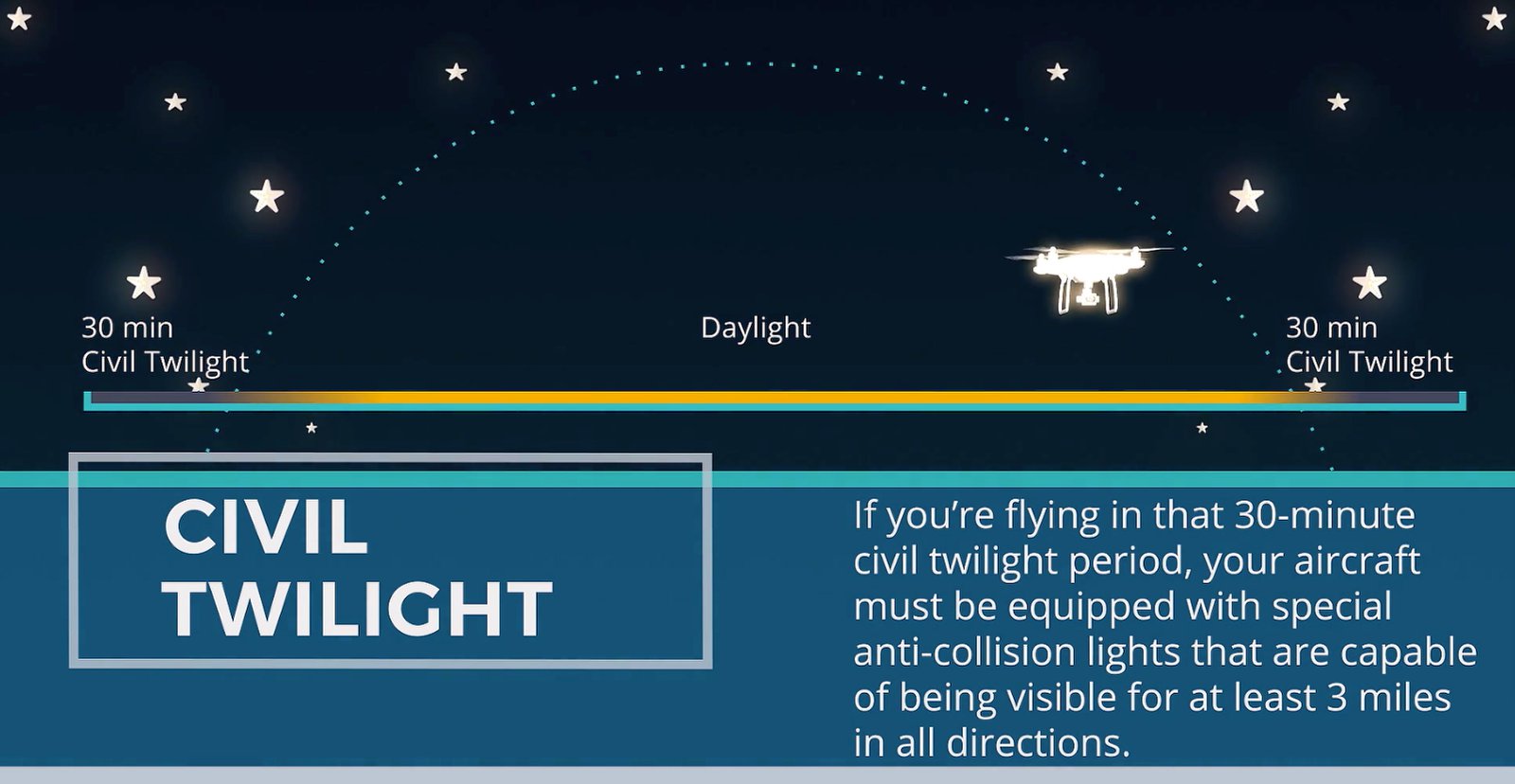 If you’re flying in that 30-minute civil twilight period, your aircraft must be equipped with special anti-collision lights that are capable of being visible for at least 3 miles in all directions.